Starships in the Strange Stars 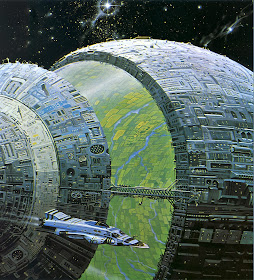 Though the spacecraft of the Strange Stars vary a lot in appearance and use, most of their systems are fairly standardized. Some of this similarity is due to the exchange of technologies through trade, but there is another reason. The level of technology across the known galaxy is lower than in ages past; many ships currently in use are the products of previous civilizations or at least built from parts scavenged from ancient vessels.


One example of a lost technology is superluminal drives. The vast majority of modern craft are sublight vessels that utilize the hyperspace network to short-cut interstellar distances. The most advanced current civilizations have a rudimentary understanding of the science behind some FTL travel methods, but they are are currently unable to build them. Some researchers have noted that the ancients made use of these other methods rarely, suggesting there was something that made the hyperspace network preferable. 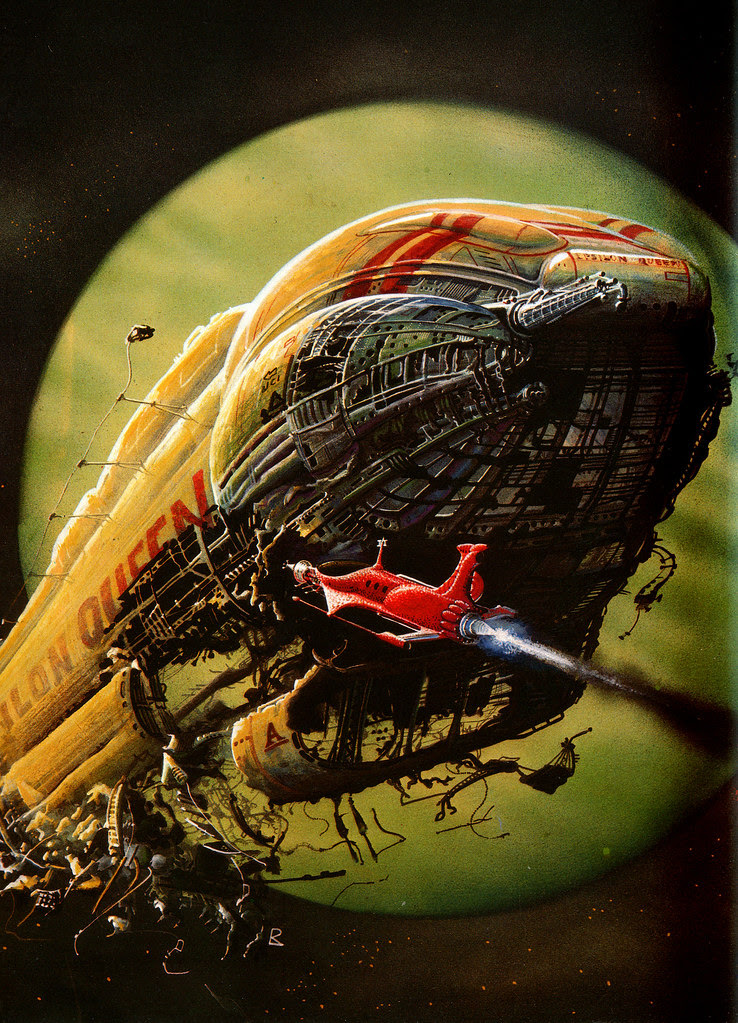 The salvage of ancient derelicts or wrecks is an important (and lucrative) activity. Gravity generators and inertial suppressors are only two of the important technologies than many civilizations are able to exploit, but not necessarily manufacture themselves. Intact data systems are a particularly spectacular find. There is always hope of engineering schematic files executable in modern nanofactories.

New or improved weapon systems always find an enthusiastic market. The holy grail for salvagers would be one of the twelve great battleships of the Archaic Oikumene. These vessels were the size of cities and all possessed of sophont minds. Some of these great ships (like Terrible Swift Sword and Leviathan Smiles) are known to have been destroyed. Others (notably Achilles' Last Stand, Fearful Symmetry, and Conspiracy of Ravens) have disappeared completely from history, possibly restructuring themselves into vessels of different types.
Trey at 7:00 AM
Share