Infiltration Beyond the Wall of Sleep 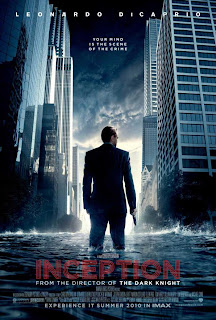 I saw Inception this weekend and really enjoyed it. Without revealing any spoilers beyond what appears in the trailer and reviews, it’s about specialists that engage in industrial espionage by entering people’s dreams and extracting secrets. Beyond it being a good film, its interesting for the game fodder it could provide.

The film helpfully divides the characters up into “niches”, specialties--or even, one might say “classes”--for us. There’s “the architect” who’s responsible for building the dream environments the mark is to inhabit, “the chemist” who concocts specialty sedatives or the like, tailored to the requirement of the particular job, the “operations specialist” who makes sure things run on schedule, and the real players, who are either good at the con in the traditional way, or by disguise (the "forger").

One could run a “dream operatives” espionage game as presented. It wouldn’t have to be limited by the movie's modern setting--it could be“multi-genre”: the player’s entering wild west style dreams, horror film style dreams, superhero dreams, or whatever.

The another option is suggested by the film's frequent references to the dreams, and dream architecture, as “mazes” or “labyrinths.” The team leader tries out his new architect candidate by having her draw mazes on graph paper...

Maybe, there’s a deep, collective unconscious substrata of dreaming that’s like the “mythic underworld?” Perhaps the the dream-thieves are going into dungeons, killing the monsters of the dreamer’s subconscious and stealing his treasure that's symbolized by gold and jewels, but comes out secrets? Of course, then one could gleeful (or more gleefully) throw in everything but the kitchen sink from movies, TV, comics and literatures--it would all be grist for the collective unconscious mill, right?  I don’t know what that overlay would necessarily add to dungeon crawling other than to allow an “in game” rational for anachronistic jokes, disparte pop culture borrowings, and metagame strategizing, but I’m sure there most be something cool that could be done with it, if those things weren't enough.
Trey at 9:00 AM
Share