The Strange & Pretentious Wizards of Troglopolis 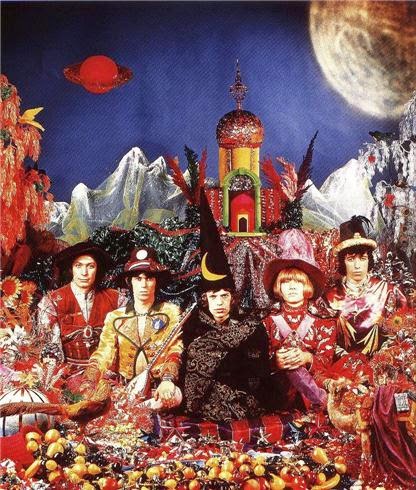 The wizards of Troglopolis, that underground city of the Land of Azurth, are a strange lot indeed--and that is taking into account the general peculiarity of all sorts of arcanists in the realms above! While the deleterious effect of the practice of the magical arts on the mind and body is an often cited complication to their mastery, the particular afflictions of the Troglopolitan wizards form a unique cautionary tale.

The other people of Troglopolis call them "thaumaturgists," but they call themselves "artists." As such, they consider themselves separate from the mass of under-humanity; they disdain all those who do not share their gifts and (though they sometimes affect a great show of fraternity) resent all others that do. They dress in outrageous ways, take on dramatic pseudonyms, and generally conduct themselves as to appear mysterious or otherworldly. The most successful among them (like the Inconnu in the Velvet Mask or Lady Phosphor or the Laughing Shrouds) may go through the streets with phantasmagoric retinues (usually just illusionary--but not always) or might ride upon kaleidoscopic clouds of smoke. All this theater serves to disguise their general scrawniness and ill-health owing to their dissipated lifestyles. 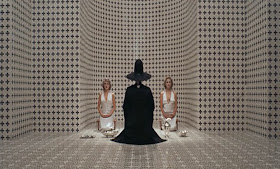 The Troglopolitan thaumaturgists eschew the more practical applications of the arcane arts in war or commerce, instead focusing on more aesthetic uses. They work in illusions and minor enchantments put to a theatric or artistic purpose. These are ideally done at the behest of wealthy patrons, but may also be displayed to the public in the hopes of enhancing the thaumaturge's reputation. Some of the more of eccentric (and often the more despised by their fellows) thamaturgists work exclusively in public displays typically done without official sanction.

Despite their pretensions, surface wizards sometimes seek out the tutelage of the Troglopolitan thaumaturgists. In the magical arts they practice, few are as skilled. The only caveat is that one must tread lightly with their egos.
Trey at 7:00 AM
Share