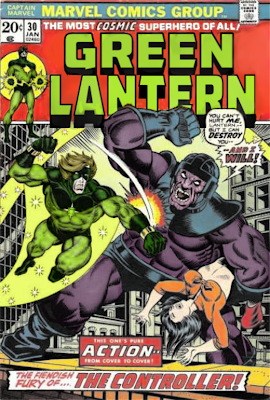 In case you missed the previous installments, here's a collated list of the posts I've done so far based on the idea that the staff at Marvel in the late 50s early 60s got to revamp DC's Golden Age characters (except for those that never stopped being published. The idea was introduced here.

All the characters presented so far are statted for the TSR Marvel Superheroes rpg:

The Atom The Nuclear Man!
Green Lantern Most Cosmic Hero of Them All!
Hawkman Master of Flight!
And a couple of villains Silver Scarab, the nemesis of Hawkman, and Star Sapphire--is she Green Lantern's lover or his enemy--or both? 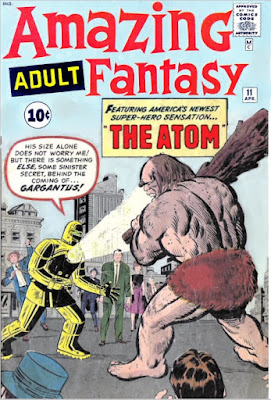