Shadows on the Hill

Our 5e Land of Azurth game continued last night with the party leaving Rivertown on their way to the Sapphire City and from there Virid Country. In the forests north of Rivertown, they encountered a an injured, cervine centaur-like creature named Tualla. Seeing the Sylvan Elf Shade among them, she asks for the party's help. It seems that something strange occurred in their ritual circle, and eruption of shadow, and the arrival of two umbral drakes. 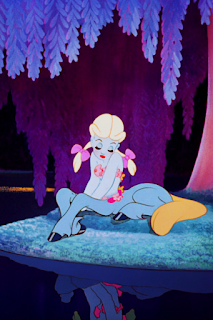 The party agrees to at least investigate to see if they can help her people. After defeating a shadow-touched living tree, they around at the mound with its circle of standing stones. A fear grips a few of them, and all of them feel the touch of the unnatural, but they proceed.

Within the standing stones, they find a portal of roiling shadow, encircled by skulls--and the two wicked monsters. The mated pair of drakes taunt them, them knock over half the party unconscious with a breath weapon of cold shadow, then toy with them further, allowing the surviving members of the party to escape with their friends.

They rest with Tualla's people and strategize. The Sorcerer Bell recalls that Umbral Drakes are creatures of the Shadow Moon and are susceptible to celestial radiance. The party recalls that the shadow creature that might before was exquisitely susceptible to the energy weapons they carry. They begin to formulate a plan.

Fortified by the bards make (improving their constitutions), Waylon and Shade stealth into the cirlce of stones in an attempt to destroy the skulls around the shadow portal. The other party members spread out around the base of the mound, at the edge of the clearing to make distance attacks--or escape, if necessary. 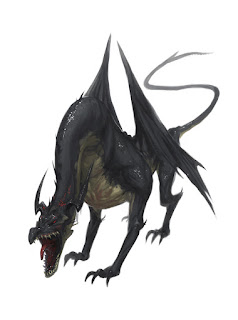 Waylon and Shade walk right in the midst of the conversing drakes without being spotted, but Waylon's attempt to destroy a skull (a failure) brings their attention. The female attacks them viciously, but the group returns the favor with energy rifles and she only lasts two rounds. She does unleash her breath weapon on the two PCs in the circle, but their boost Constitution pulls them through.

As she dies, she warns her "toothless worm" of a mate that if he doesn't slay these "vermin" her ghost will haunt him forever.

Enraged, the male attacks. Dagmar uses daylight to disperse the shadows so he can no longer hide or travel between them. Kairon slows him to limit his attacks. The others focus their fire. Bell delivers the coup de grace with a chromatic orb.
Trey at 7:00 AM
Share