In working on Weird Adventures, I've been taking a look at the monsters in the d20 SRD, thinking about how they might fit (or not) into the Strange New World of the City.  Here, for the creatures whose names are begin with the letters A through D, are my current thoughts, subject to change without notice: 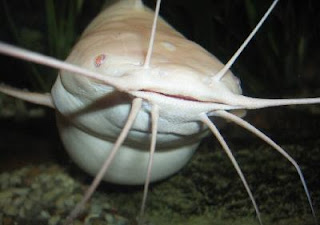 Angel: God’s (or Gods') got these servitors, definitely, but they're not called things like planetars or devas.

Ankheg: These probably exist somewhere, but they probably haven't be seen enough to have a name.

Assassin Vine: Tropical parts of the world are probably full of these things. I bet there’s at least one in some eccentric botanist's collection in the City, too. Or maybe in some unassuming florist shop.

B
Barghest: Things like this might haunt the remote forests of the Smaragdine Mountains, and probably parts of the Old World.

Bulette: Grizzled prospectors and old Natives in the Western Desert tell stories about a predator that moves underground... 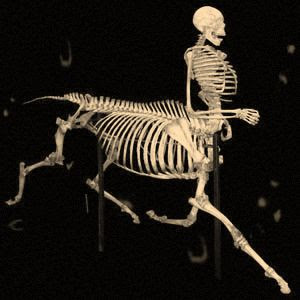 Centaur: Tragically, these Ealderde natives are now extinct. There was a small preserve of tamed and in-breed centaurs in the private forests of the Sultan of Korambeck, but they are no more. A few taxidermied specimens or skeletons can be seen in Ealderdish museums, though may of these may have been damaged in the Great War.

Chimera: Such fanciful beasts are the products of thaumaturgic experimentation, if they exist at all.

Cloaker: The Ancients left weird things in their underground cities.

Cockatrice: A rare creature that can be magically created, but doesn’t occur naturally.

D
Demon: Evil beings of chaos exist, and "demon" is a catch-all, lay-term for them.

Derro: Distorted tales of the Reds, told by unfortunates driven insane by their fiendish psychic torment.

Devil: The Hells are full of these.

Doppelganger: Old Country legends are full of tales of this sort of thing, and superstitious immigrants bring those beliefs to the New World with them. And maybe the creatures, too.

Dragon: Another Old World creature believed to have been driven to extinction. There are sightings every year, even tha occasional dubious, grainy photo. The scientific community remains skeptical. They certainly aren’t arrayed in a toyetic spectrum of colors and metallic finishes, though. 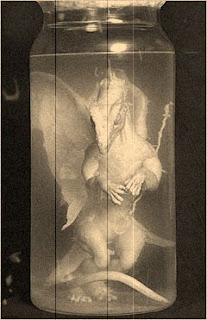 Dryad: Tree spirits are known to exist, but tend to stay in more unspoiled forests. They can sometimes cause trouble for logging operations in more remote areas.

Dwarf: They appear in the world's mythology, but the closest thing to exist in historic times are the Dwerg-folk.
Trey at 7:00 AM
Share