Something to Do With Death 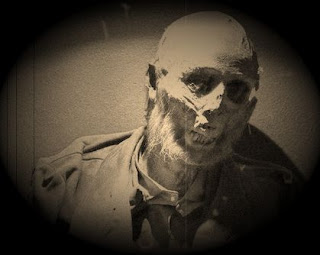 Far to the south, and west of the City, beyond the southern border of quarrelsome Freedonia, is Zingaro, a nation torn by civil war, and home to a peculiar brand of the Oecumenical faith marked (or tainted) by the mysteries of death. No where is this influence more felt that the strange city of Cujiatepec.

Cujiatepec (or sometimes Cueyatepec) is an old town, older than the City, and founded to exploit rich silver veins by immigrants from Ealderde. Though much of the silver was mined out long ago, the city has held on to its wealth in subterranean vaults, and would be a target for one revolutionary army or another, if not for the cities association with (un)death that causes many to superstitiously give the picaturesque town wide berth.

The cemeteries to the west of the city have been found to have eldritch properties. Most of the dead buried there were somehow mummified, and don’t decay at a normal rate--but that’s the least part of the strangeness. The corpses there interred are transformed in a month’s time into undead. These creatures remain in a torpor until exhumed, but once this is done they’re as active as any zombie, and as intelligent.

The town fathers of Cujiatepec place a stiff “grave tax” on all burials. Families that can’t pay have their loved ones dug up and sold as undead slave labor. The same is done to vagrants or strangers that die in town, and to criminals. The local church supports this practice by suggesting that those dead thus employed are serving penance for sins in life, and earning their soul’s way into heaven by the labor of their soulless bodies. At any given time, a hundred undead may be working in the city as labors or auxiliary police.

It’s rumored that the heretical clergy of the local church long ago discovered blasphemous rites which may allow a ritually prepared body buried in the weird soil of Cujiatepec to retain more of its intellect and personality following transformation.  These differ, it is said, from the usual abdead of Zingaro in that they are animated by unholy energies and wholly malevolent. Some believe that there is a secret lich cabal of such creatures that rules the city behind the scenes and controls its riches. 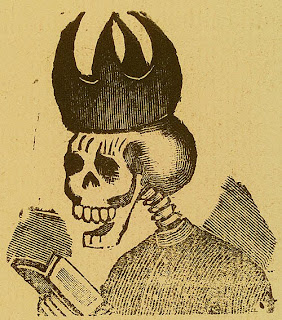