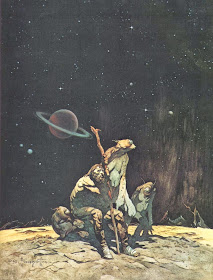 CURSED ASTRO-MARINER
Your dead eyes have beheld things no man was meant to see. Adrift in the Tartarean reach beyond Saturn, you bore witness to the protean horrors of the Titans of Chaos, stared in cold wonder at legion ruined Gamorrahs of the rebellious Nephilim, and suffered at the peril of your immortal soul the sirens’ allure of alien Atlantean heathenry. You returned alive, but not unchanged.

Possessions
Vials of soporific
A locked box 6 inches square, 8 deep, whose contents you frequently examine, but show no one
Brace of Pistols
strange tattoos

RAT-CATCHER
You are a Vermin Disposal Expert, though they often diminish your work, naming you merely "rat-catcher." But who among them has seen what strange vermin arise from the putrefaction of wastes of scores of space crews mingling in the cesspits of an asteroid? Much less hunted and captured those foul things? You have. 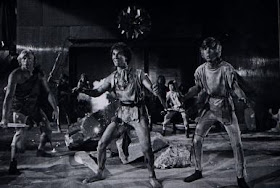 URCHIN
Gangs of half-feral children like yourself prowl the lower levels of cities and congregate in crude suburban camps. Many are eventually snared and sent to houses of correction for aggressive humoral adjustment, but a few incorrigibles such as yourself manage to elude that fate.