Taking a break this week from my issue by issue review of DC Comics's The Warlord as I get ready to head out to San Diego and Comic-Con, I thought instead I'd take a look the Warlord's appearances in the wider DC Universe.

Travis Morgan's first appearance outside his own title was in Crisis on Infinite Earths #5 (1985).  Like just about everybody else in the DC universe, Morgan had a walk-on in this world-shattering (literally) crossover.  He even gets a line: 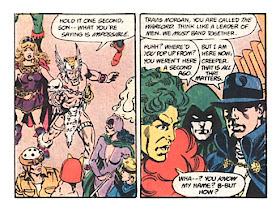 Next, he turns up in Seattle, of all places, in a two-parter in Mike Grell's run on Green Arrow vol. 2.  Fun was poked at his more than passing resemblance to Oliver Queen.  Here's the cover of the second issue (#28) of that story from 1990: 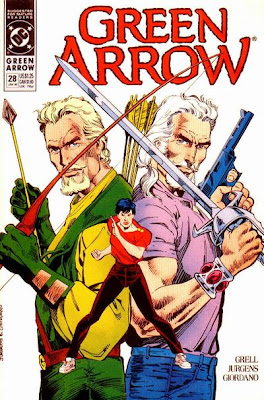 After that he made a regretable appearance in the equally regretable Justice League Taskforce series, then it was back to Green Arrow (this time Connor Hawke) for three issues.  Dan Jurgens, always a Warlord fan, brought the Teen Titans to Skartaris in 1997. 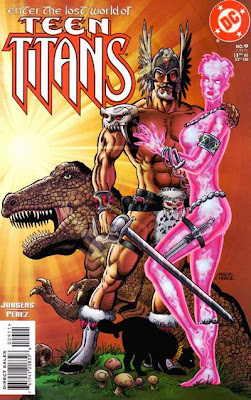 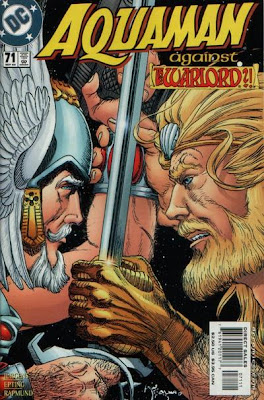